Wendy graduated from Minnesota School of Business with her Veterinary Technology degree in September, 2008. She joined the Skyline team in March, 2007, where she started out as kennel staff and Receptionist and then as a Veterinary Technician after graduating and in 2013 Wendy became our Hospital Manager. In 2011 she got married and now lives in Otsgeo with her husband, 3 daughters, and their 2 dogs, Trigger a Black and Tan Coonhound mix and Dixie a Newfoundland mix. In her spare time she enjoys spending time with her family, playing softball, coaching gymnastics, reading, and watching the Wild, Vikings, and Twins with her husband. 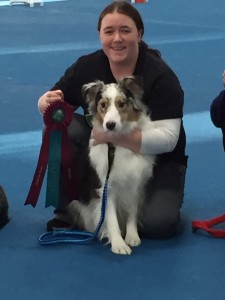 Heather graduated from Minnesota School of Business with her Veterinary Technology degree in 2007. She joined the Skyline team as a Veterinary Technician in August, 2007. She has 2 Australian Shepherds named Dyson and Loki. On her days off she trains her dogs in agility and participates in agility trials on the weekends. Heather also has a Newfoundland mix named Sasha that is a big couch potato.